"Keep The Demons At Bay" - Live at Mitzi's Sister 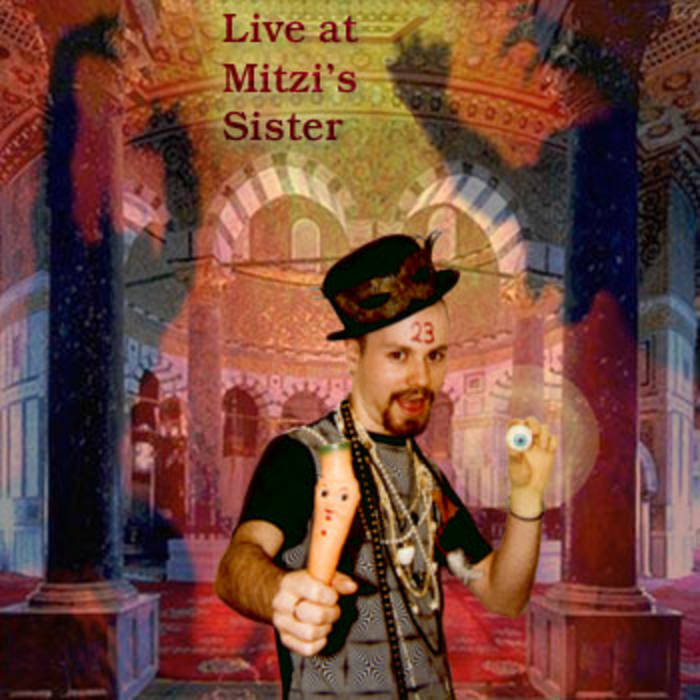 This album is presented as a document of the Bitter Harvest sound from the period around 2008.

I had begun a new project called “Sick Signal” where I would use tape cut-ups and dialogue samples, and a lot of other things that were outside the realm of what I considered “Bitter Harvest” to be. However when I went to play this material live, I used the name “Bitter Harvest” instead of “Sick Signal” so there you have it, against my better judgement Bitter Harvest evolved musically.

This new sound was a collision of noise, beats, and lots of context. Music concrete chopped into loops, and long ambient passages with beats sunk into them here and there. There is rhythm, but rhythm is not the backbone of this music. Unlike most other Bitter Harvest releases, there is a lot of dialogue from movies and other such sources.

For the first two Bitter Harvest albums, the material was composed first, then deconstructed into elements that that I improvised with at my live shows, creating different versions of the songs instead of recreating exactly what was on the albums. For this period however, there were no definitive versions of these songs, they only existed as elements that I improvised with. I chose to focus more on this improvisational process instead of recording, and the result was that sometimes my influences were a little more transparent, my songs were a little more fluid and of course the results would vary from performance to performance. But looking back I find all this material appealing because I hadn’t overworked it, or bored myself with it by spending endless hours on composition.

One of my goals with this material was to have repetitive beats that were complex enough so that the repetition did not feel like the typical never changing break-beat loop. These loops didn’t change much either, but they were electronic sounds with odd time signatures, or long phrases that worked to distinguish them from typical break-beats. I have nothing against break-beats, (I do use them) but I found that this material was starting to sound more and more like other existing DJ based projects that I like, and so eliminating break-beats was one way to keep it different.

Oh, one confession I must make. Mitzi’s Sister is a club on Queen West in Toronto, where I played this material, (there are photos of this show on the photos page). However most of these songs are not from that actual performance. The quality of recording (and performing) did vary from performance to performance, and so I decided to take the best pieces from this period and collect them together as a single full album. All of it was composed live on the spot, and all of it was using the same source material, and all of it is a good representation of what I was up to when I played that show at Mitzi’s Sister. Thanks again to my friends in the Hyena Dog Robbery who invited me to open for them at that show. I don’t remember when it was exactly, but the month was August, probably 2008?

For the gear nerds out there, this period was after I stopped using tape loops on stage, but before the laptop. I had stacks of CD’s with various odds and ends on them which I looped into an Electrix Repeater, synced to a Roland SP404 and added lots of effects.