Songs And Poems From The Dream Labyrinth 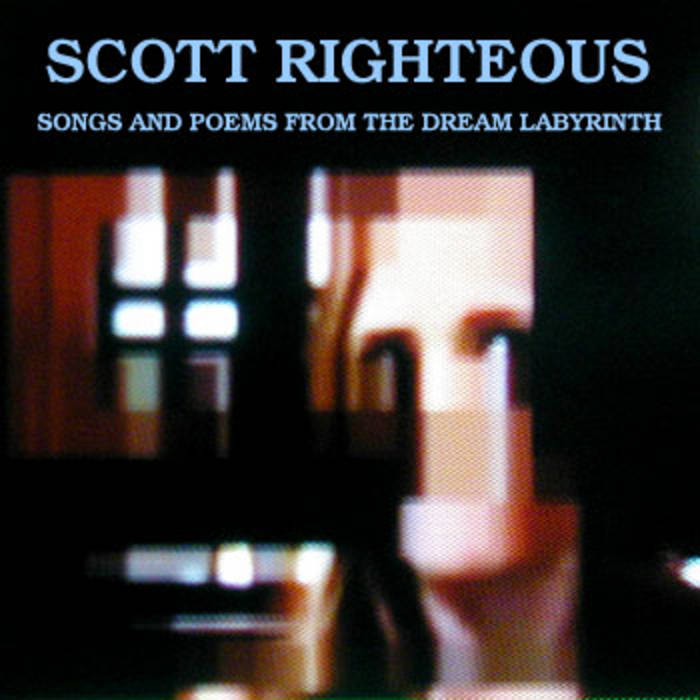 I wanted to do something where the words came first and the music second. This idea was really appealing because I find that so many lyrics out there are just afterthoughts. Most of my own songs start as music, with the hopes that some of my existing lyrics will fit, but they almost never do, so I write new lyrics, which takes weeks because I want them to be able to stand on their own.

This brings me to the second seductive idea – I wanted faster results. I wanted to do a project that would be quick and easy, that I would be able to finish in a few weeks. I was sick of spending months on one song, which is my normal rate of output. I wanted to take a break from my usual working methods and do a quick project, just for my ears, that would provide instant gratification.

It would be faster to use existing lyrics, so I dug into the boxes of stuff that I had written over the years. However, the writing that I found most interesting was not all lyrical in nature. There were transcriptions of dreams, diary type rough notes, observational stuff. So, I figured I would make a spoken word album. What could be faster than that? Compose some interesting ambient music and read this stuff over top of it. I also recognized that much of this writing had a theme to it, and that I could, with very little editing, make that theme more concrete. So the writing came from various points in my past, the introduction was a piece written around 1993, and the rest was written between then and now. Some of the writing that I felt would work in this project was rough and unfinished, so I took the time to finish it. Sketches from 1995 were now deemed complete in 2009.

The nature of self observational writing, is that it makes for self indulgent art, something I try to steer clear of. However this was only going to be for my ears, a break, a vanity project to clear my mind, so I wasn’t worried about it being too self centered. In fact, seeing how far I could elaborate on my inner most quirks made the whole thing humorously interesting for me. It’s all sincere, but you have to laugh at a song about snot dripping down the back of your throat!

In the end, the project consumed a year of my life. So, the idea of instant gratification clearly got lost somewhere along the way. Also lost, was was the idea of the project being entirely spoken word. Songs evolved in various forms, some more traditional than others. But one idea did last throughout the entire project. In every case, the words were the first and foremost starting point, and the reason for these songs to exist.

This project was completed in August of 2009. As a CD the tracks all flow into each other seamlessly, something MP3′s don’t always do. This makes me want to post a disk image or something that will allow people to hear this music as it was meant to be heard.